A research paper in the international journal ‘Studies in Family Planning’ showed that SRB generally increased, ranging from 107.5 boys per 100 girls for birth order 1 to 112.3 boys per 100 girls for third borns and beyond. The analysis was carried out by researchers from India’s International Institute for Population Sciences and the University of California San Diego’s Centre on Gender Equity and Health.

Under normal circumstances, sex ratio at birth (SRB) varies between 103 and 106 male births per 100 female births with the estimated global average value being 105.

Data showed that SRB was well within the normal range when community-level fertility was above 2.8 children per woman (103.7). It jumped to111.9 among mothers in communities where average fertility was 1.5 children per woman or lower. “The research shows that at birth order 3 or higher, increase in mother’s schooling was associated with higher odds of a male birth. Increase in mother’s education was, however, not associated with increased odds of a male birth at birth orders 1 and 2,” said Professor Abhishek Singh, one of the lead researchers from IIPS. So, smaller and wealthier families were more prone to sex selection.

The analysis warned that the factors at work were desire for sons in the absence of a living male child, which could drive families towards illegal practices like sex selection. The researchers analysed differentiation of factors with SRB across birth orders, a key determinant in societies affected by son preference.

Prof Singh said SRB at birth order 1 in India was already outside the biological normal limit (despite recent improvements), and deteriorated further with more births.

The study found that SRB in the absence of a surviving male sibling was 111.4, which was far above the biological normal level, and significantly different from SRB in the presence of a surviving male sibling (105.8, which is within normal limits).
“We found that SRB at birth order 1 was responsive to a few socio-economic variables. At the national level, the probability of a male birth was associated with being in the middle and richest wealth quintiles and residing in a lower fertility community,” Prof Singh said. This might mean that better-off households actually used their privilege to access sex selection 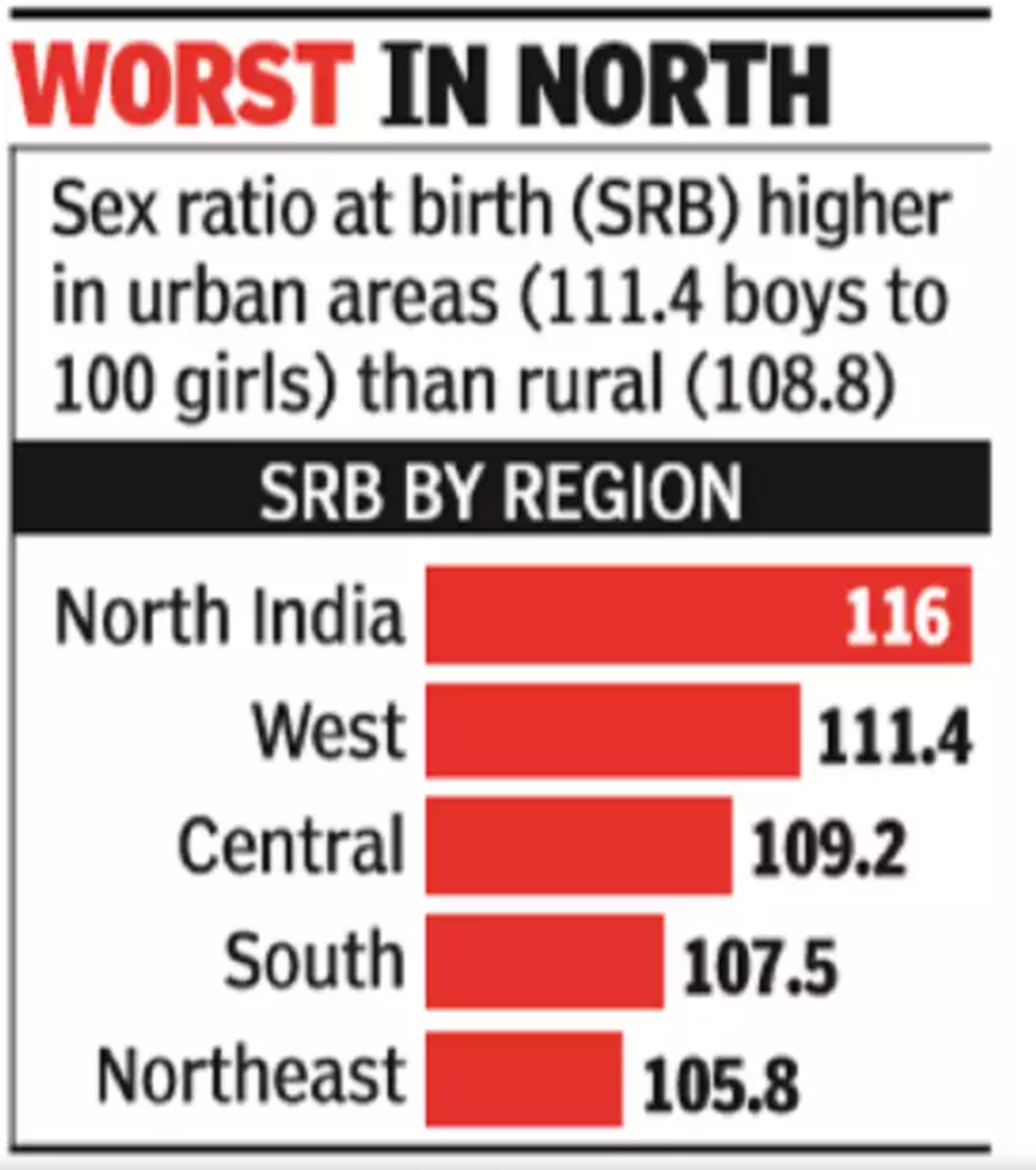 ‘Made in India’ J&J vaccine…