Latest News
Home /25 Covid deaths at Ganga Ram, hosp doesn’t ‘ascribe them to O2 shortage’, Health News, ET HealthWorld
New Delhi: As a new day broke over Delhi on Friday, a grim story emerged from one of the capital’s premier hospitals, Sir Ganga Ram. At least 25 Covid-19 patients had died there in the past 24 hours.

The chairman (board of management) of the hospital, Dr D S Rana, said they were very sick and rebutted reports that their death had been caused due to lack of oxygen. “I would not ascribe the deaths to oxygen shortage. A large number of patients admitted at our hospital are in a very serious condition and that’s why the high fatality,” Dr Rana told TOI.

He, however, added that they were facing a severe oxygen shortage. “There have been occasions when we had to do manual ventilation — intermittent manual compression of a gas-filled reservoir bag to force the gas into a patient’s lungs — to ensure that patients on ventilator support survive,” he said.

The hospital received fresh oxygen supplies thrice on Friday but the quantity was less which, the doctors said, kept them on tenterhooks. “How do we treat patients when the critical supply is not ensured! A patient requiring ventilator support can die in minutes without oxygen,” said a doctor.

Many other hospitals were facing the same dilemma. They said they had stopped taking new admissions due to the ongoing crisis of oxygen supply. At Cygnus Hospital in Rohini, where there was an oxygen crisis, two patients died last night. However, the hospital said that the deaths were due to Covid-19.

The administrators of Holy Family, Indian Spinal Injuries Centre (ISIC) and Manipal too red-flagged the issue of oxygen shortage. “We have been waiting for oxygen since last night but no luck so far,” ISIC officials tweeted at 1pm on Friday, adding that even the oxygen cylinder stock they had was getting depleted. Shortly after that, the hospital received its supply of oxygen.

In a statement, Indian Spinal Injuries Centre management said: “The hospital has been desperately trying to arrange oxygen cylinders since Friday morning, as a result of which18 oxygen cylinders were arranged till the evening, which will help us treat the patients for now. However, this was not enough and we would have faced a grave crisis were we to run out of cylinder oxygen.”

The hospital then came out with the strategy of making two patients share a cylinder using connectors. “We are also shifting the patients to the hospital’s central supply of oxygen, and again with connectors, sharing one central supply connection with two patients. This should work for the time being. We are in constant touch with the government and our suppliers to ensure availability,” the statement added.

Dr Sumit Ray, head of critical care at Holy Family Hospital, said the government was trying to augment upplies. “However, because the requirement is so high and delivery time so stretched that nearly all hospitals are getting the supply just a few hours to a few minutes before their stocks run out completely. It makes everybody anxious and it’s a very stressful situation,” he said. If the oxygen supply stops, those on ventilator can die in minutes, said Dr Ray.

This poses a serious challenge for doctors. At 10:30 pm on Friday, Batra Hospital was left with just half-anhour of oxygen. “We are being told that 1,000 litres of oxygen is being sent. But even that is not sufficient and hence our struggle will continue through the night,” said Dr SCL Gupta, medical director of the hospital.

The hospital did not take any new admissions on Friday. “We have 352 patients, out of which 320 are Covid-19 patients. They are all on oxygen support and 38-40 are on ventilator support,” said Dr Gupta.

At Aakash Healthcare in Dwarka, only two hours of oxygen supply was left at 11 am. However, when YOU spoke to the hospital at 2:46pm, it said an oxygen tanker had arrived and they will be able to manage for another seven hours.

Dr Kousar A Shah, COO, Aakash Healthcare, said he was turning away families of patients seeking admission. “Our senior management went to the office of the supplier in Faridabad but couldn’t procure any oxygen. We received half a tanker after calls to several people, officers and police, but this will last for another 8-10 hours only and the struggle will continue. We are managing the time by refilling our oxygen cylinders from various small vendors in Delhi,” said Shah.

The 233-bed hospital currently has 250 Covid patients and is working beyond its capacity with 70 per cent patients requiring oxygen supply.

A similar situation was witnessed at the Gupta multi-speciality hospital in Vivek Vihar. “We are sending out our employees to refill cylinders and survive. The supply is erratic,” complained the owner. 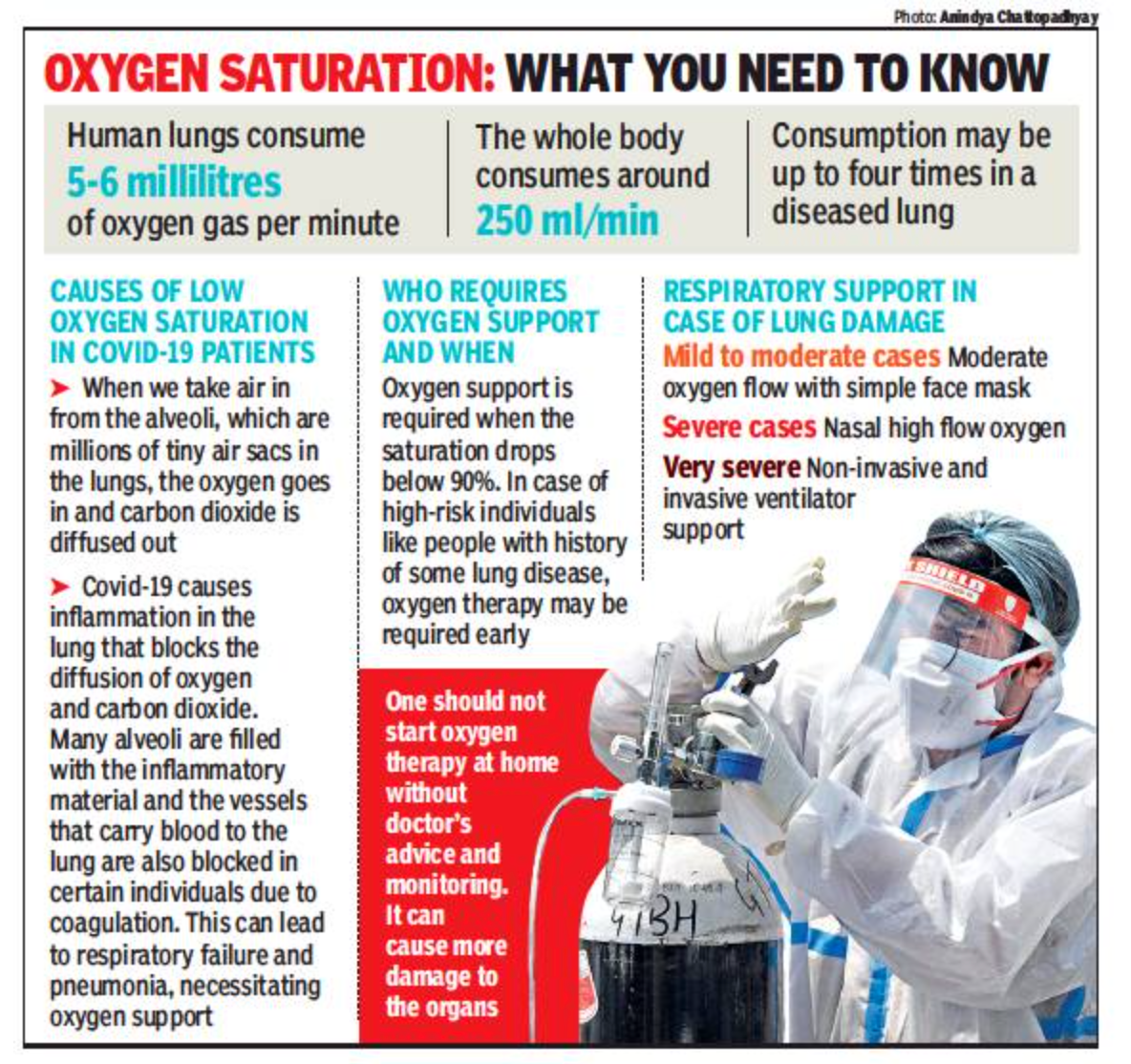 India should brace for third…

Why the interval between first…