Latest News
Home /Daily Covid-19 cases touch 3.5L; 2,760 die in 24 hours, Health News, ET HealthWorld
There seems to be no respite for India as cases crossed 3 lakh for the fourth day in a row. For the fifth consecutive day, the country reported over 2,000 daily deaths. The case and death count for Saturday stood at 3.49 lakh and 2,760 in that order. The past 3 days alone saw over a million new cases and over 7,500 fresh deaths.

Even in its neighborhood, no country comes close to India. On Friday Pakistan reported 5,870 fresh cases while the numbers were 3629, 2449 and 969 for Bangladesh, Nepal and Sri Lanka respectively. 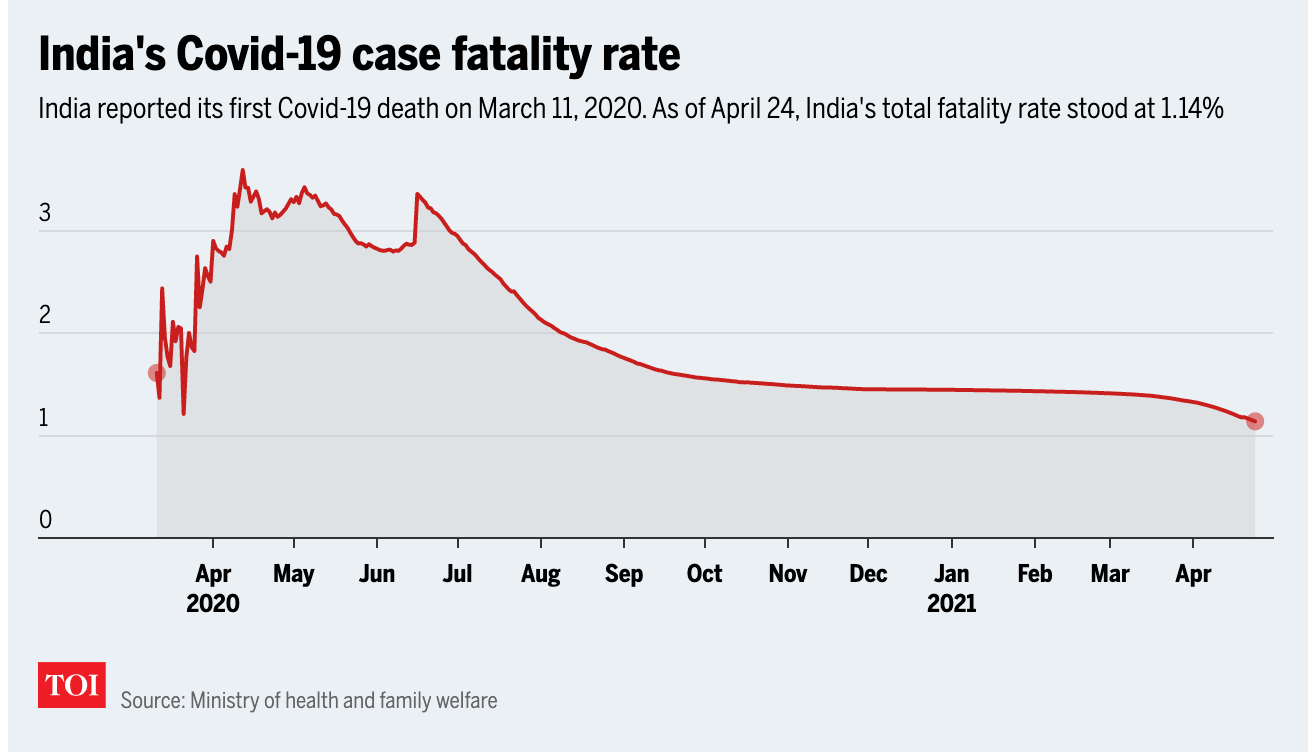 State-wise analysis of data shows the pattern is largely the same as on Friday. Maharashtra is leading the states with 67,160 fresh cases while UP is the second-worst with 38,055 cases on Saturday. The other states that reported over 20,000 cases are Karnataka, Kerala and Delhi in the order of high to low cases.

Like cases, Maharashtra also led the states in deaths as the state reported 676 deaths in the past 24 hours. The national capital also reported 357 deaths.

Meanwhile, Congress MLA Kalawati Bhuriya died of Covid-related complications in an Indore hospital on Saturday. A first-time MLA, she was the niece of Congress veteran Kantilal Bhuria. 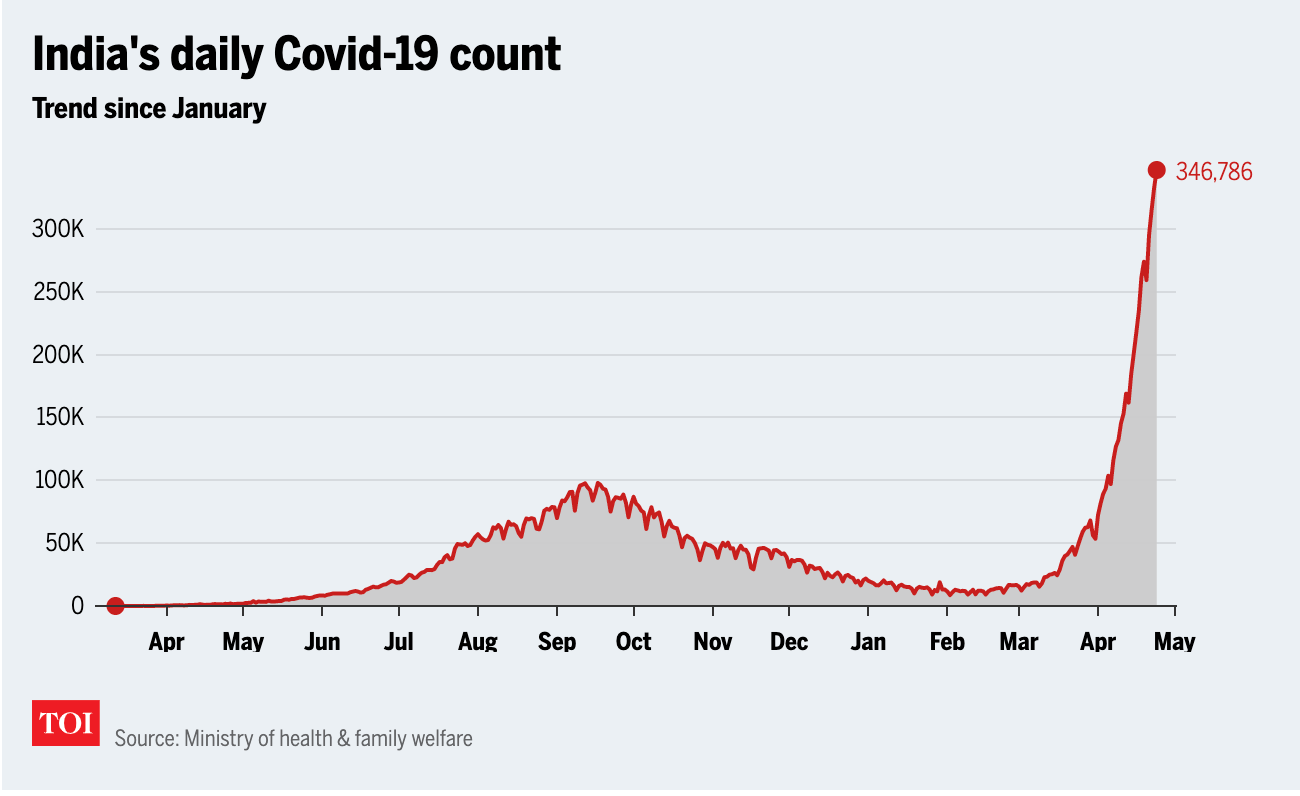 EU takes up option to…

US announces to allocate 5.5…